The Three Biggest Ways Social Media Is About to Change

You are here: Home > Social > The Three Biggest Ways Social Media Is About to Change

The Three Biggest Ways Social Media Is About to Change 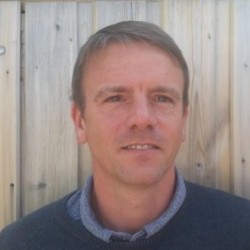 Latest posts by admin (see all)

Do you remember what it was like 7 years ago? Let me remind you: That was when everyone was telling you to get a Myspace page, because anybody who’s anybody has a Myspace page. Or fifteen years ago, when if you wanted to find something on the Internet you would use Alta Vista (Which still exists by the way, but I had to use Google to find it)?

The point is, the Internet is not a place of certainties. Even the things you think are absolute givens could change at any moment. Just ask the janitor who’s responsible for making sure Friends Reunited keeps ticking over.

Facebook is one the three internet Behemoths whose dominance is unassailable. When the secret world government finally decides it’s time to implant chips in all our brains to monitor our activities and movements, there’s a fifty-fifty chance that chip with have a little white, sans serif f against a blue background on the casing.

Anyone who spends any time working with or around social media will tell you one fact: As a Facebook user you are not the customer, you are the product. Being a bit more specific, Facebook’s product is the Graph. Facebook didn’t start out trying to create the Graph. It just sort of appeared as people used the site.

However, the end result is a vast, intricate and nuanced database that not only holds all your personal information, but also shows how you fit into your social circle, and how that social circle fits into others. The Graph is basically a constantly updated map showing all of our interactions and relationships.

But as David Richter, Marketing Manager and social media expert at specialists Octopus HR says, the trouble is, it’s starting to slow down.

“While five years ago everyone was adding everyone they knew and eagerly typing in their work details, date of birth and location, now we all seem bit nonplussed about it.

“Let me give you an example: Go to your Facebook account and open a chat window with the top five people you can see online right now. The chat window will open at your last conversation with them: How long ago was that? For me four out of five of them were people I haven’t yet spoke to this year. Three of them I last spoke to in 2011. All that precious information Facebook has gathered in rapidly losing value. And that’s not including the people who are being replaced by social media algorithms.”

This is why now, when you Friend somebody, you’re immediately asked to rank them as a close friend or an acquaintance (even though you’d have to be kind of rude to officially label somebody “Acquaintance”). Facebook can feel its grip on the intimate knowledge it has of everything you do slipping.

Google is Eating Everything

I’m going to ask you to go down memory lane with me for a second. Do you remember Google? The original Google? Do you remember arriving at that page for the first time and seeing nothing but the word “Google” in brightly coloured letters, above a search field with Google Search and I’m Feeling Lucky! written underneath it? What you used to do was type in what you wanted, then click one of those two buttons, and then you would be whisked away to another website that had the information you wanted.

Want to see the weather? Here you go! Weather.com! Or the BBC’s weather service! Want to convert currency? Here’s a currency conversion website! Google was the happy waystation we would wave at while speeding off to other websites.

In an instant Google tells me the humidity, precipitation and windspeed where I am (although I don’t remember telling them where I am, they worked that out themselves). It then shows how the weather looks for the next few days. Just below that, peaking over the bottom of the screen, I can just make out the words “BBC Weather” on the link to the first search result. But why would I go there? Google just told me everything I want to know.

The same goes for themoneyconverter.com. If I want to know how much £500 is in euros, I don’t need any other website but Google.

While Facebook is panicking that suddenly people are using their social network site to talk to each other, it’s becoming clearer that Google+ is going to have an impact on search results, making a Google+ page and Google verified authorship an unavoidable part of any SEO strategy. Will this mean that people who don’t have anything to sell will eventually end up using Google+ as well? Stranger things have happened.

As I’ve already mentioned, the problem Facebook has right now is that rather than spending our every waking hour informing Facebook of our friends, salaries, income and job progression and which pubs, clubs and parties we go to, we’re using Facebook to talk to each other- of the friends I have on Facebook that I do talk to, there are very few whose email addresses I could know or even look up in my address book anymore. We communicate through a mixture of wallposts, direct messages and actually talking to each other in real world places.

One day, at Facebook Castle, where the company was freaking out because people were just using the social network to socialise, a wise old janitor shuffled into the office, pushing his mop bucket.

“You know,” he said, “back before you kids and your internet wizardry, I used to work for a thing called ‘the postal service’. There we used to charge people money to send messages. Of course, that was a different time…”

But before he could say a word more Mark Zuckerberg had already stolen his idea and run away giggling gleefully.

The first clues were small, barely even noticeable unless you had livelihood depending on it. First, a slight shift in the back end of Facebook meant that companies suddenly found not all their fans were seeing their status updates. Then it introduced the idea of charging you to message people you aren’t already friend with for $1 (or message Mark Zuckerberg himself for $100). Now you can message celebrities for up to $11. Which is great, except that I can Tweet Justin Bieber right now for free.

So this is the bold new future of social media. Facebook has invented the stamp.

I'm the person you need for your next project - Spread the word!

Get this FREE widget

Let's talk! I'm available...
Thanks for stopping by. Call me on 01271 814829 or send a quick message by clicking the button below and I'll get back to you asap...
Tell me about your Project
Powered by vCita
Contact Steve